It has been two years since my last blog post.

Within our son's first few months of first grade, we realized that public school wasn't working for us or, more specifically, for him. He was working beyond his peers' level at school and was unhappy. He was given the same homework packet that all his classmates were given and he had to complete them even though he would have been better served by being given more challenging work. The teacher was the first to comment on his ability, even encouraging me to "have him tested". That was the first step in trying to accommodate his academic needs. Unfortunately, the day he took his test (we found out about a week later) he had very little hearing out of his right ear, the side that the administrator of the test was seated. I knew there was a problem when his results came back higher in non-verbal compared to verbal. This child of mine is extremely verbal and so it was a big red flag in the accuracy of the test. After discussing the results, the director of the gifted program informed me that not only did they not have any structured program for gifted kids until 3rd grade but his scored weren't high enough to be officially considered gifted (just high achieving), but he could take the test again when he was a little older. When I stressed that he had a problem with his hearing, she asked if I wanted him retested, since I wasn't happy with the results, but she made me sound like the tiger mom who is never happy. I took a little offense since I could care less what the actual results were as long as they seemed legitimate. Since I had taken my son to the doctor and had verifiable proof that his hearing was compromised, and knowing my son very well, I knew that the results were not valid but by this point I didn't care what they really were, my mind started trying to figure out what I needed to do to meet my son's academic needs.

The idea of homeschooling came up. I had originally wanted to homeschool my son before he even started school but the traditional school values of our families dictated that he go to public school and, since we lived in the same town that I grew up, I knew that the school system was decent. There was talk about him reading with the second graders and seeing how that served his needs but that never came to fruition. I knew we were in no place financially to send him to an academically challenging private school. At the end of January, when I noticed that in frustration he had pulled a quarter to half dollar sized patch of hair out of the side of his head, it was time to take drastic measures. We pulled him out of public school and haven't looked back.

We are now in our second full year of homeschooling and he is now able to work at his pace and take classes at various places in science, art, music and history. He's working about 3 years ahead of his public school peers and we are slowly meeting other homeschooled kids that are like he is.

I think the biggest adjustment is for me since I now have no time to myself. My house cleaning schedule is disrupted and my house is often messy. It doesn't help that the husband doesn't help and since the little boy sees how little his father does around here, he now has the idea that he doesn't have to either. Luckily, I found that I can use free time on the computer as an incentive to get him to clean but it takes so much of my energy just getting him started. But it's getting better, he's able to do lessons on his own so I can carve out so house cleaning time. Now I'm just trying to find creative time so that I can get my etsy shop restocked with new items. I have great ideas...still...I just don't know when I am supposed to create them. But I'm being patient, the little one will not need me as much in a few short years and I can have that part of my life back. I would rather have him stay small. :)

So that's the short version of the beginning of our homeschooling adventure. As I continue to blog, I will share any fun ideas or adventure we have. But now I am going to go back into the kitchen to clean a little more.

Promote Your Page Too 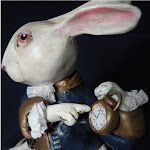